Jones Natural Chews is a six-generation family-owned business and a producer of natural bones, chews, and treats for dogs which are all made in the USA.

Azalea was founded in 1995 as a boutique, middle-market M&A advisory firm. It invested directly in companies after raising its first dedicated fund in 2000. In its first two funds, Azalea was more of a generalist investor. However, with Azalea Funds III & IV, the firm has narrowed its investment focus to three industries: consumer products, industrials, and aerospace.

“Azalea has been an Axial member for many years now. Axial’s ability to highlight our sector interests on the platform, particularly for consumer products, was a key reason why Corporate Finance Associates identified Azalea as a potential partner for the Jones family,” said Wallace.

Azalea usually focused on the southeastern US, broadly defined as Texas to Maryland to Florida, but Jones is based in Rockford, IL. Even though the company was outside of the fund’s target zone, Azalea knew “it appeared to be a great opportunity to partner with a longtime friend of the firm and accomplished pet executive, Michelle Higdon, who previously led two pet companies backed by private equity,” Wallace said.

Jones had not previously raised any institutional capital before partnering with Azalea. A producer of natural bones, chews, and treats for dogs which are all made in the USA, Jones is known as “a quality brand with strong ties to its family roots,” said Wallace. “It was clear from our first discussion with CFA that the Jones family was looking for more than a financial transaction. They were searching for a partner they could trust as well as expertise on how to continue growing their business.” 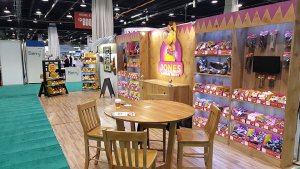 Wallace said the firm was enthusiastic and aggressive in their conversations with the banker and requested permission to meet the Jones family, and introduce them to Higdon very early in the process.

Azalea signed the LOI in mid-January 2016. Due diligence began immediately with Corporate Finance Associates assisting the Jones family on Azalea’s data requests and other due diligence processes. Higdon also played a vital role during this time by staying in touch with the Jones family as well as providing Azalea with insights from the pet industry.

Although the due diligence was mostly routine, Wallace said there was one exception. An outside audit had not previously been performed on the company’s financial statements. “Unaudited financials are not unusual for a company of this size, and we often encounter this situation during our quality of earnings analysis. Converting the financials to GAAP and understanding gross margin profitability by product took some extra time,” he noted.

The two parties were able to complete all of the due diligence in April and closed the transaction in May of 2016. Higdon has been the CEO of Jones Natural Chews ever since.

When asked what made Azalea stand out to the Jones family, Wallace said that there were two reasons. “First, we were willing to move quickly and create a personal connection with the family through a face to face meeting. This was a bit unusual for a traditional investment banking process, so we appreciated the team at CFA understanding how important this idea of partnership was to their client. Second, we were able to bring in Michelle Higdon, a valuable resource. Even before the Jones family met Michelle personally, they knew of her reputation and the two companies she had led – Waggin’ Train and Solid Gold Pet.”

A year after closing the transaction, Azalea has begun to position Jones for rapid growth. In addition to streamlining manufacturing operations and improving certain administrative processes, several key hires have been made including hiring a new President and CFO.

Reflecting on the Jones transaction, Wallace commented “Azalea values Axial’s role in helping to identify investment opportunities like Jones.  Looking forward to 2018, we continue to be on the hunt for entrepreneur-driven or family-owned companies who are seeking a like-minded equity partner such as Azalea.  We are passionate about building businesses in our preferred industry sectors, and we welcome the opportunity to meet new companies who share our core values and enthusiasm for growth.”

Experience in investing in consumer and pet products 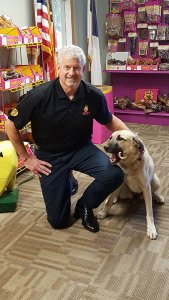 “We believe these industries are fairly stable through most economic cycles. They also have a lot of overlap with the southeastern economy. Most importantly, though, these sectors are where Azalea has relationships with some outstanding operating executives, several of whom are also investors in our funds,” said Wallace. “Over the last few years, we’ve been committed to only investing in companies where we can bring in one of these proven operators to partner with us. These executives don’t always have to lead the company or be a member of the day-to-day management team, but at a minimum, they will co-invest in the company alongside Azalea and be an active Board member who assists management in executing the growth strategy.”

Azalea’s first experience in the consumer sector was its investment in Spartan Foods of America, the manufacturer of Mama Mary’s® pizza crusts and Mystic Pizza® frozen pizza. After a successful five-year partnership with company founder Tom Baliker, Azalea sold its interest in the business to another private equity firm in 2009.  Since then, Azalea has remained interested in consumer product companies.

“The market for pet products is large and growing. It’s an area where a significant number of consumers, from millennials to baby boomers, will spend money in good times and not so good times,” said Wallace.

Azalea remains bullish on the pet industry, and in November of 2017, the firm completed its second transaction in the sector by investing in Ark Naturals, a brand of pet wellness products for companion animals, headquartered in Florida.

Azalea Capital is pleased to announce that ACL Airshop, a portfolio investment of The Azalea…

Azalea Capital is pleased to announce its portfolio company, The Muffin Mam, Inc., a leading…

Muffin Mam is expanding operations under the leadership of Dewey Armstrong, Greg Marshall, and T’yada…

Copyright 2022 Azalea Capital 2022 - All Rights Reserved
Back To Top