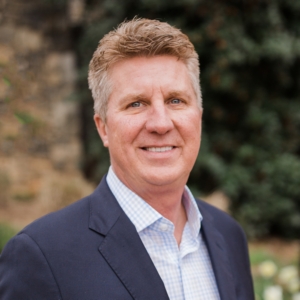 After graduating Auburn University in 1985 with a degree in Mechanical Engineering, Todd pursued a career with Bosch Corporation. Starting as manufacturing engineer, he quickly advanced in a leadership role, ultimately becoming one of the youngest Directors in the company, responsible for four business units with >$400M in revenue. He was enrolled in their executive development program, where he gained core capabilities in all functions of the organization. He was also selected to help develop the Bosch Production System, a lean manufacturing system for the entire U.S. organization, based on Toyota’s successful program. Todd was then recruited in 2001 as President of Champion Aerospace Inc., in Liberty, SC. The business achieved a 20% CAGR in EBITDA over a five year period. He accomplished this through empowering his organization in teamwork and customer focus, while closely driving financial performance.

In 2008, he pursued an entrepreneurial project in developing, building, and launching a new concept in Health and Wellness in Simpsonville, SC, called LivN Nsidout. This is a 65,000 square foot state of the art complex for exercise and nutrition, focused on education. The complex is now owned and operated by the YMCA and Greenville Hospital System.

In 2011, Todd became CEO of Jankel Tactical Systems, LLC, in Duncan, SC, a British defense company desiring to expand in the U.S. defense market. Todd guided this organization through 2017, achieving significant Government Defense contracts and growth, along with strong financial performance. He led the start-up company, with a hands on approach, from an empty warehouse to >$70M in revenue within three years. He also guided them to achieve a US Government Secret Security Clearance as a foreign owned company, and launched a new division to build commercially armored vehicles, in a building and equipment capacity expansion.

Since early 2018, Todd has acted as a strategic business advisor, through his consulting firm, to several companies in the Southeast region of the United States. His focus is on value creation, implementing key processes to increase profitability, including lean manufacturing, policy deployment, cost reduction, distribution and inventory analysis. He trains leadership to develop company wide strategies for both growth and organizational development.